The Internet of Things (IoT) offers an enormous opportunity to improve petrochemical leak detection across a range of industries.

Petroleum and natural gas-reliant industries all need to be safe, sustainable, and cost-effective, particularly as many countries and companies work hard to decarbonize. IoT offers the advantage of giving you real-time information about your facilities and machinery in remote or hard-to-see places.

This is an overview of five examples of where we use significant amounts of petrochemicals that has lots of potential to be made safer and more efficient with the use of IoT technology:

In 2020, in the U.S. alone, 43,157 barrels of crude oil, petroleum, and biofuel leaked from pipelines (around 6.9 million liters or 1.8 million US gallons). At the time of writing, this amounts to a regular loss of $3.5 million U.S., just from pipelines and without including any other countries (many of which don’t post public-facing statistics about their oil losses).

Most of this leakage stems from a constant, low-level failure of parts and materials. While news media tends to fixate on the spectacular consequences of large accidents, small leaks make up the bulk of these losses. As an example, there was a relatively small leak of 500 barrels off the coast of Wales – which was promptly contained and received minimal press but is more typical of how pipeline leaks occur.

Monitoring for and preventing leaks like this falls to oil & gas asset inspectors, who have a limited number of tools to detect and pinpoint leaks along a given pipeline, many of which are dozens if not hundreds of miles between pump stations.

IoT devices can give these inspectors additional tools. Sensors provide early detection of leaks and predictive maintenance, alerting inspectors when things like valves and pumps need to be replaced, or if there has been damage from disasters like storms or earthquakes.

Oil leaks from the hydraulics in heavy machinery are common. These almost invariably tend to be things that see regular, repeated use: gas pumps, construction and warehouse machinery, aircraft, ships, and elevators are just some of the most numerous types we use.

Naturally, the fittings, couplings, and pumps will wear out and eventually leak. Because the failure and leakage of hydraulics are often very dangerous to people – think slips, falls, and fire hazards, as well as the rare, catastrophic failure of a machine while it’s in use. We often are very cautious and treat these leaks very seriously. These leaks are also often damaging to the environment, seeping into the ground or water before the leak can be addressed.

IoT is set to change the risks associated with hydraulics. IoT sensors can now only be added on or near hydraulics, we are beginning to see some IoT tech already being built in and integrated into new machinery. This has the potential for additional secondary benefits, such as improving efficiency on production lines and job sites where hydraulic machines are used.

While anything involving the transport and active use of petrochemicals has obvious points of failure where leaks happen, IoT tech has applications throughout petrochemical supply chains, protecting the environment, people, and business assets.

One opportunity area for IoT lies in making olefins – the petroleum-based hydrocarbon we use to make the vast majority of the world’s plastics.

The plastic pellets that are the standard form that new plastic is made into, known as nurdles, are notorious for spilling or leaking into local waterways. Additionally, Injection molding machines used for making plastic products are well-known for leaking due to seal failure.

It is difficult to know how much plastic leaks from its manufacture because we collect very little data about it. We know that even as the world grapples with the effects of petrochemicals and climate change, plastic manufacturing is still booming. It’s therefore critical that we do everything possible to reduce the leaks and damage that this industry causes. IoT technology can be used to track and, like previous examples, predict where and how leaks will occur and give us the chance to reduce the losses and effects of plastic on our world.

The majority of active electrical power transformers use oil to insulate against discharges and electrical arcing and acts as a coolant within the stations where they are usually located. This is usually a kind of mineral oil, most commonly made from distilling petroleum.

As power transforms age, they leak – and they are usually full of hundreds of gallons of oil. Because substations of modern power distribution systems are rarely manned, except for routine maintenance, it may be a long time before someone notices and fixes a transformer leak, by which time most of the oil may have soaked into the local environment. This is especially a problem for very old transformers, as these used to be built to a much lower standard, with weaker valves and seals.

IoT sensors can give technicians remote vision of all transformers within their electrical grid, letting them know both if a leak is starting, as well as reminding them when a transformer is reaching the end of its working life and needs to be replaced.

Wind turbines, while popularly known as a “green technology” still use some oil – usually as a lubricant for their moving parts. And while there is already a growing market of biodegradable lubricants specifically for turbines, it is still better for the environment, and the operator’s bottom line, to reduce lubricant loss that comes as parts become loose or break as they age.

IoT sensors are particularly valuable in this example, as most wind turbines are located in remote places: hills, mountains, or offshore, making it difficult and slow to check for and repair leaks and damage. With a remote sensor array, an IoT-integrated wind turbine can remotely send data on its status using existing infrastructure that wind farm operators already use to monitor power levels, improving service time and the overall efficiency of the turbines.

Interested in getting IoT working for you to prevent leaks?

Our Severn Sensor is one such sensor that can be deployed in remote, and hard-to-reach places. It can monitor and, together with our proprietary LAIIER Cloud platform, alert you to petrochemical and water leaks as early as possible: saving you time, money, and damage to the environment and infrastructure. You can learn more here. 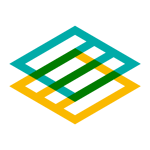 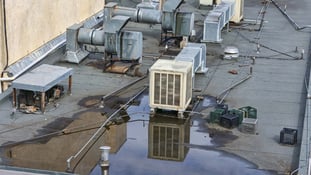 When thinking about commercial buildings, the terms ‘larger-scale’, ‘more expensive’ and ‘more... 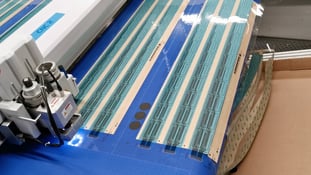 Why Our Sensor Manufacturing Is So Scalable

Even though printed electronics have been around since the last century, they are becoming more...